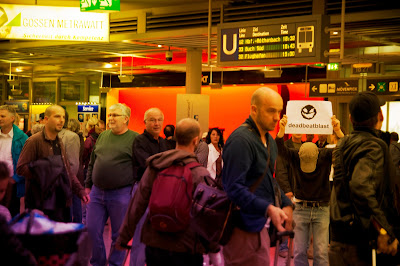 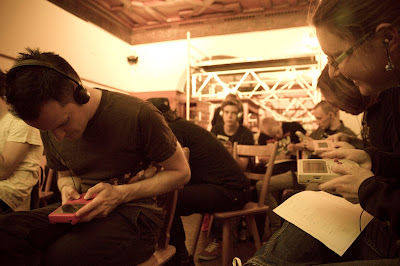 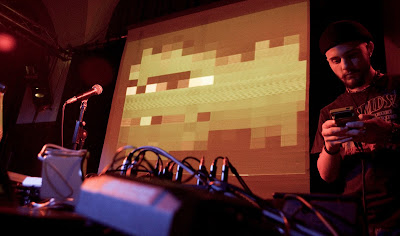 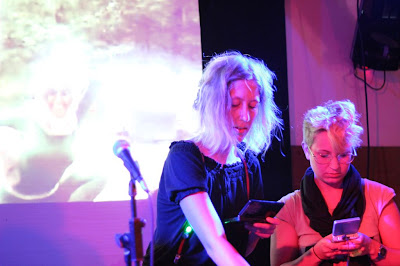 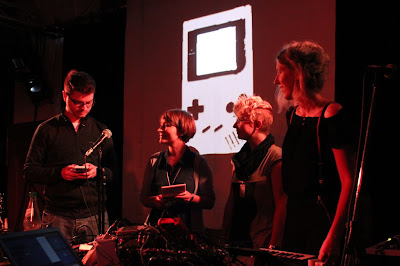 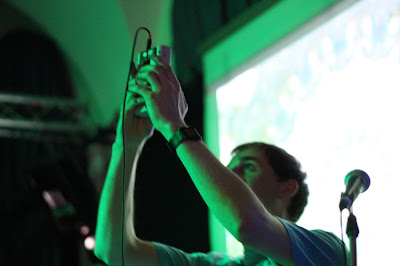 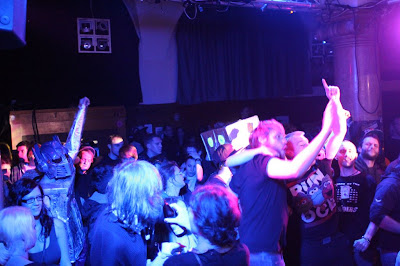 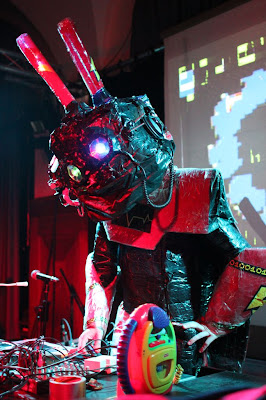 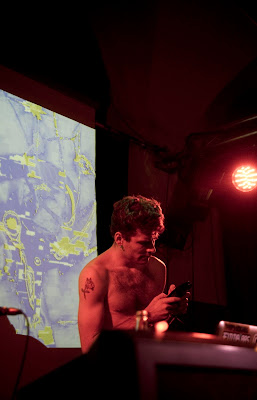 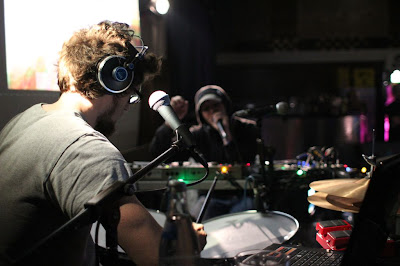 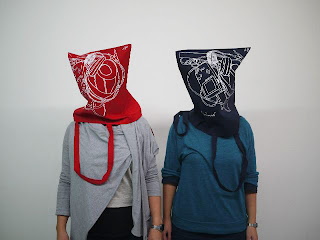 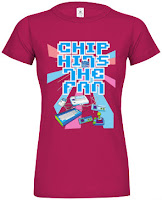 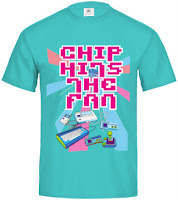 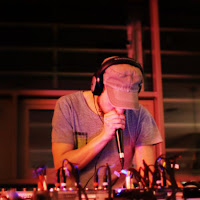 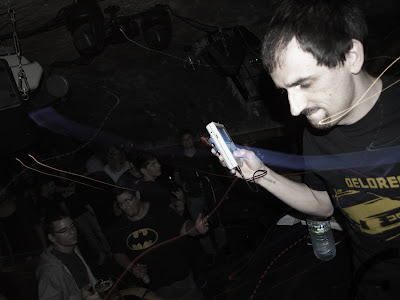 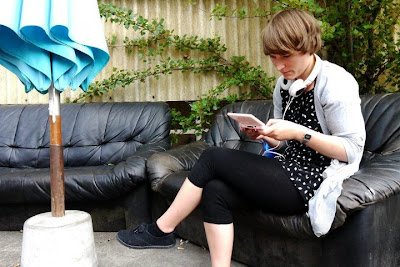 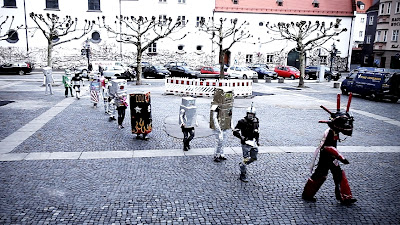 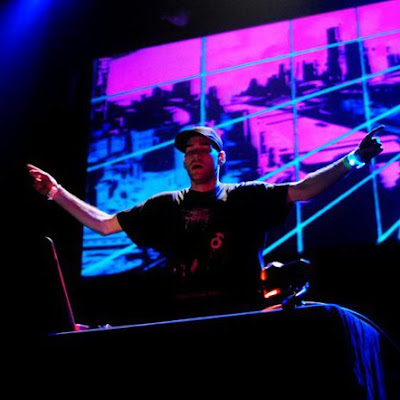 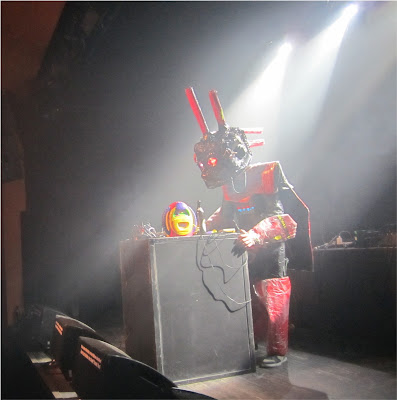 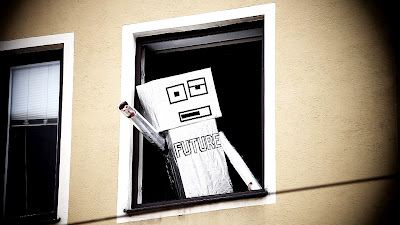 back to Newc45tle - zurück zum Wesentlichen 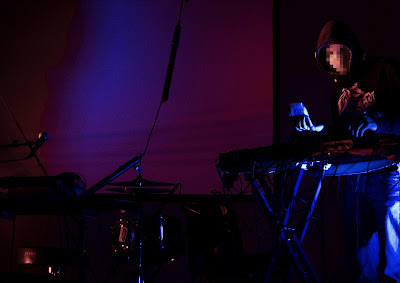 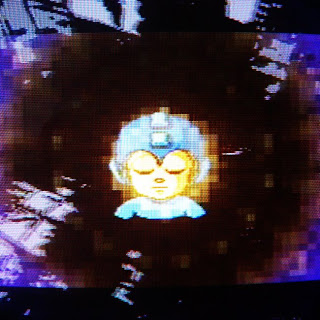 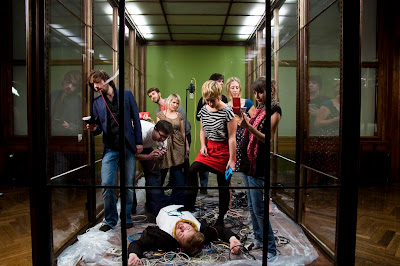 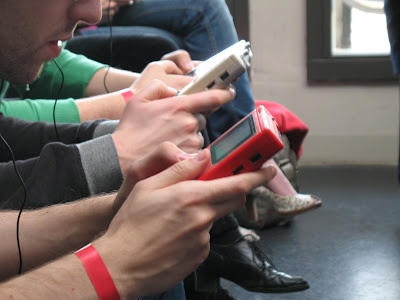 How long have you been writing Chiptunes?
I started out in early 2008, at the time all I had was FL Studio on PC - so technically I was faking it until I got "my first LSDJ" cart (a Gameboy music-software). Then I began actually composing on retro hardware.

How did you get in contact with that kind/style of music?
Chiptune for me goes back to about age 3 (1988). My father is a musician as well, and back in the early 80s he used an AtariST for studio production. He wasn't really a gamer but he did have a few that he'd set me up with now and then to play. At one point around age 5 he actually gave me the Atari, and a friend of his gave me 2 shoe boxes full of games. Games with really awesome music. So I was aware of demoscene and metal/punk style music from those. I also was fortunate to have a Nintendo around the time it came out in 1989, but really the Atari was my favourite still...

What was your most impressive Chiptune - experience?
At this point there's really too many to list...
One time I played for 1000 people just standing on a street corner in Toronto... I've done 5 shows in NYC now including Blip Fest 2012. Bit Shifter played in my home town on my birthday. I've even VJ'd for guys like Beastmode, Fighter X, and Sabrepulse... Those would all rank top of the list as far as I'm concerned.

Do you tell family / friends what you're doing and if so, what do they think about your hobby?
Well my family have been very supportive of it, mostly because they see it makes me happy. Honestly I lost a lot of friends when I started doing this, I came from punk and metal bands in my teens, so when I quit being in bands a lot of those people would talk shit about me, they were pissed I didn't want to keep it going. Being in a metal band is bad for your health really, at least our band was. It really was for the best. Chiptune has brought new people into my life, good people, no... AMAZING people. Even if I never made another song in my life I'd still be in contact with them. I think that's sort of the power of the chip scene, if that makes any sense.

What is the Chiptune-scene like where you're from?
When I started showing up at shows in Toronto they were very small. I went to 3 that had 20 people or less, including the performers. I think that changed when we started playing on the streets. A few of us would get together and busk, now it's become a big street event every year in October. Last year we had something like 12 acts playing on the side walk in one night, and we were also all booked at the Toronto International Film Festival's theatre at the same time, bouncing between the 2 gigs. We've also done like 5 shows under the name Pixeldance, we hit like 170 people one night for that, so it's a big improvement. I think early on Bitmasters Netlabel helped out quite a bit as far as getting the word out on the Toronto scene.

What kind of music other than/besides Chiptunes do you listen to?
I'm really all over the place in that regard, since I play a lot of instruments I enjoy almost all styles of music, but lately I guess drum and bass. Sometimes atmospheric, sometimes the hard furious gabber style stuff. Music depends on my mood really. I like classical, old musicals, reggae, jungle, hair metal, punk, rap... you name it... Hell I like Marry Poppins and Cannibal Corpse. Just no pop bullshit. All this Bieber and Nikki Minaj (whatever her name)... LIL Wayne... It's all so bad... I can't stomach a lot of newer stuff that comes out. It's clearly written in a cash grab formula and pumped out for the kiddies and mentally ill club goers.

Which stupid question about Chiptunes can you not hear anymore?
Well... I guess the only thing that ticks me off is when people assume that what I'm doing is easy, thinking I just press start and it goes you know? One time I had a girl walk right up on stage while I'm playing a gameboy, and she asks me to play Daft Punk, right there on the spot. I looked at her like she was retarded and said "Oh, ok... I'll just program that in here right now" , and she just stood there like a dumb ass assuming I could make what she wanted in 5 seconds flat. Also I dislike the argument that "fakebit" music is different than "real" chiptune. I really don't care what kind of computer people use to make their music, weather they used an AtariST, a Sega, or a laptop makes no difference to me. Good chiptune is good chiptune, no matter what it's made on. Only an idiot would argue about how old the computer they made their music on is... It's irrelevant.

Do you think that 8-bit will someday be replaced by 16-bit?
I thought that happened in the late 80s ;-)
Eingestellt von irq7 um 14:09 Keine Kommentare: 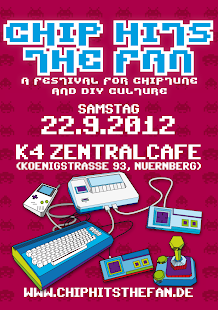 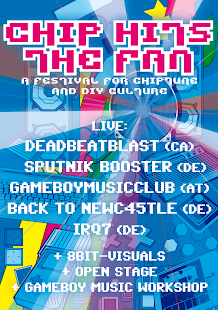